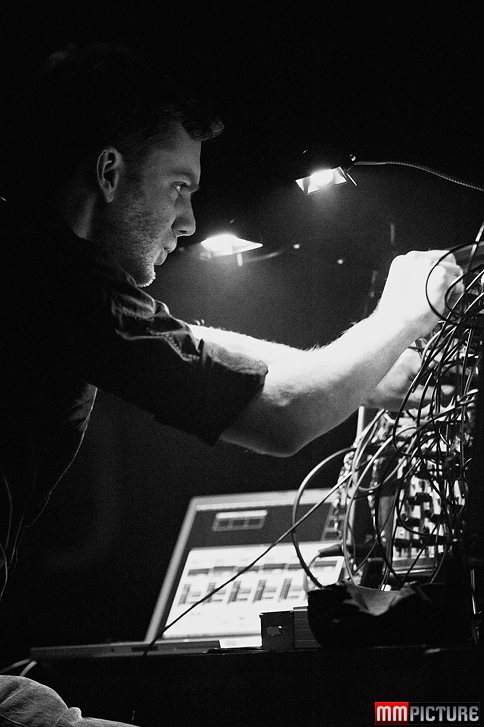 Musician and composer Thomas Ankersmit returns to TodaysArt with the world première of “Serge & Mondriaan”. Since 2006 Ankersmit’s main instrument, both live and in the studio, has been the Serge Modular synthesizer. With this specially commissioned project, Ankersmit explores the visionary but little-known musical ideas of Dutch modernist painter Piet Mondriaan. As far back as the early 1920s, Mondriaan imagined radical, abstract, electrically produced music of pure frequency and noise: “tone” and “non-tone”. Ankersmit realises these ideas in an electronic composition of his own, using an original 1970s Serge Modular from the collection of Gemeentemuseum Den Haag – an instrument inspired by Mondriaan’s work.

Acoustic phenomena such as sound reflections, infrasonic vibration, otoacoustic emissions, and highly directional projections of sound play a central role in Ankersmit‘s work. His music is also characterised by a deliberate misuse of the equipment, using feedback and disruptions to the signal, and the extremes of frequency and dynamics, to create visceral but finely detailed swarms of sound. Ankersmit has performed throughout Europe, North and South America, the Middle East, and Asia.

Thomas Ankersmit is part of the SHAPE program.

Thomas Ankersmit and the Serge synthesizer