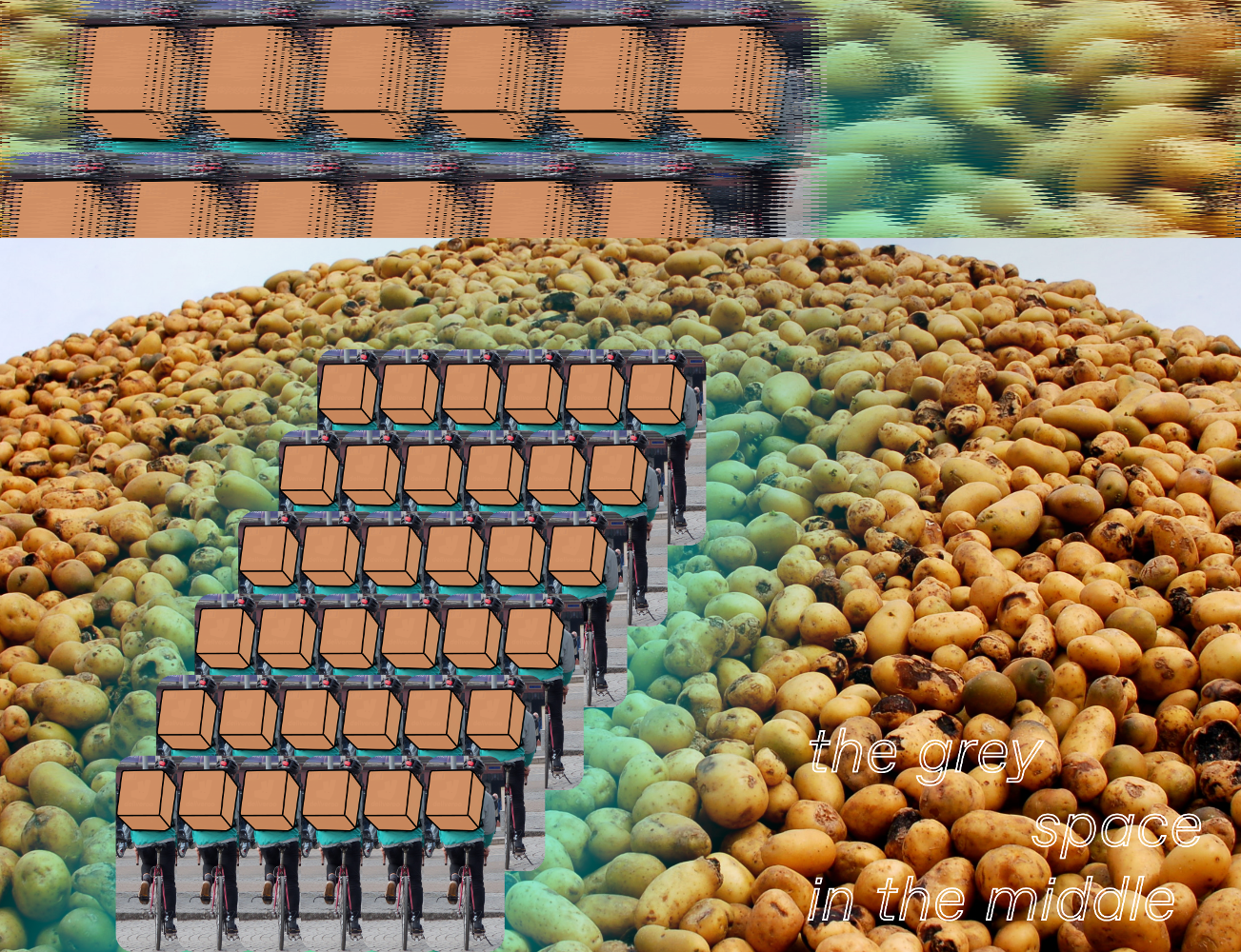 Its been roughly five years since so-called “new delivery” services emerged on the street, starting the British firm Deliveroo. Although their services are now deeply embedded in our culture, still nobody has approached them as a serious logistical system.

Would it be possible to transport something rougher and heavier with these services, such as raw materials? And can we reimagine them to be a modular zero-emission transportation vehicle?

Many Deliveroo drivers will take part in this experiment and intervention by Japanese artist Yoshinari Nishiki (aka Inari Wishiki), who is currently doing a residency at The Grey Space. This is in the context of a bigger project, in which he is developing a novel concept for autonomous deep sea shipping.

As part of the intervention, the drivers will attempt to move a mountain of potatoes together. The distribution and assembly process will be accompanied by a sound piece by electronic composer Kepla (aka Jon Davies).

Yoshinari Nishiki is an artist based in Rotterdam. His work explores the entanglement of economics and ecology.

This performance is supported by Deliveroo.