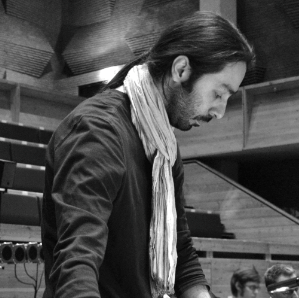 Siamak Anvari is an Iranian composer and sound artist and researcher based in The Netherlands. Before his electroacoustic days, he composed many instrumental pieces for different ensembles and orchestras.

After being interested in electroacoustic music, however, he moved to the Netherlands to study for his Master’s degree at the Institute of Sonology at the Royal Conservatory in The Hague.

His music has been performed in Iran, Netherlands, Spain, Germany and France. He is currently a research associate at the Institute of Sonology and a PhD candidate at Leiden University.

This performance is presented in collaboration with Azimuth, an organization for the production and performance of electroacoustic music in the Netherlands. It will take place in the Fulldome, an immersive 360-degree projection environment by The Society for Arts and Technology (SAT) of Montréal.