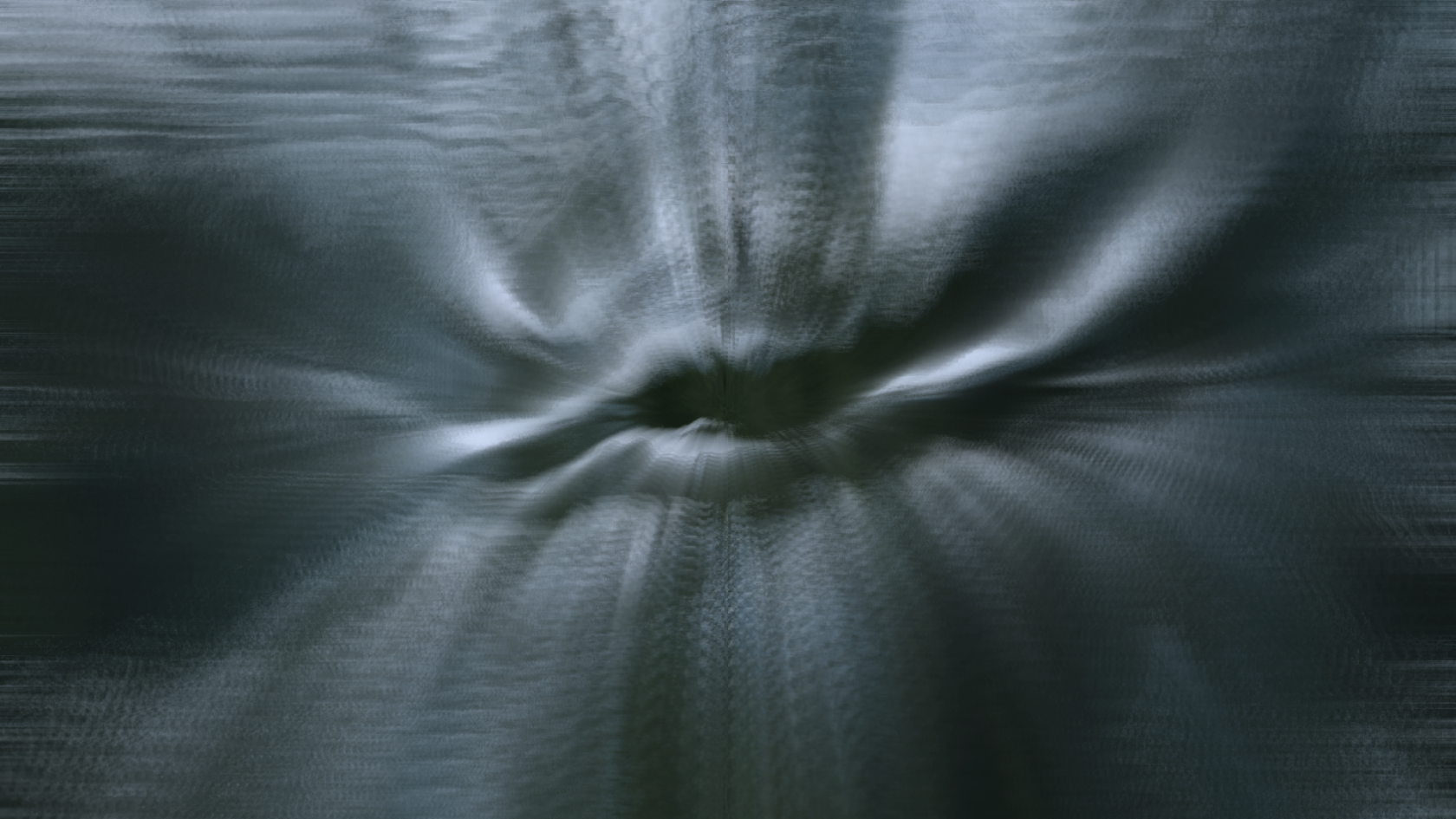 There is an infinite beauty that exists within natural disasters, like the eruption of a volcano. As terrifying and brutal as its forces actually are, they are simultaneously soothing and satisfying to stare at. The sight of molten hot liquid, flowing in red rivers down the alien landscape of black hills has a hypnotising and numbing effect.

In their submersive audiovisual work Saevio, Nikki Hock and SK U Kno aim to achieve this very sense of satisfaction through a totalising and overwhelming experience. Coercing peace through the distortion of disaster. Chaos through the distortion of peace. This work is defined by its incongruities and contradictions. Surrounded by abstracted and distorted visuals of natural forces and catastrophes, the artists’ intention is to immerse the spectator in a new kind of landscape.

With generative real time visuals, Hock transports the audience into a vacuum of chaos and catastrophe—forcing them to completely give into dominating (earthly) powers. With the sound compositions, SK U Kno creates catharsis via channels of tension, obscurity, and imposed randomness; instruments are run through various modifiers to obstruct a clear signal or phrase.

As both artists were exploring new working methods, coincidence brought SK U Kno and Nikki Hock together, resulting in this new work.

Nikki Hock
Nikki Hock is a multidisciplinary artist who sculpts the spaces and environments around us to create experiential landscapes. Nikki does not merely focus on representation, but rather engages with the present moment to create abstractions of memories and lived experiences. His work moves between reality and the metaphysical—in search of other worlds and new dimensions.
Nikki is drawn to performance as a live medium, researching and developing spatial installations in which the audience becomes part of the work—creating a collective experience that simultaneously touches each spectator individually. His ensembles of light, colour, shape, sculpture, and space create an immersive journey, with the totality of elements forming the complete experience. Engaging in a journey with the spectator through the use of different mediums, Nikki searches for aesthetics that cultivate direct and uninterrupted communication. Through a layered process, in which he appeals to each sense individually, Nikki explores the interplay between the (in)tangible and its perception.

Nikki Hock currently lives and works in Amsterdam. He graduated in 2014 as a performance artist from the Mime department at the Amsterdam Theatre School. Over the course of his practice his work has transitioned from engaging with the body as a tool for performance to engaging with light, objects, and space as performers within an environment. He has shown his work at the Stedelijk Museum, W139 and the Frascati theatre in Amsterdam, TodaysArt festival, Rewire and TAHS in Den Haag, Scopitone, SXSW Festival and Athens digital arts festival.

SK U Kno
Despite having such a laid-back and organic sound more informed by musical beauty than muscular groove, Suzanne Kraft has been one of the most prominent stars of the last few of years. Born Diego Herrera and raised in Los Angeles, the humidity and sun of that state looms large over his DJ and studio output.

Formally trained on saxophone, guitar, bass and keys but hypnotised by the one-man-band possibilities of producing on a computer, Herrera’s work has been at the heart of a blissed out and slow motion revolution that has brought real beauty to the dance floor.

It comes in both LP and EP format on labels like Running Back, Melody as Truth and Animals Dancing, and effortlessly ranges from absorbing ambient to deep house via colourful disco. As a DJ, he tells equally compelling tales, and can headline at places like Robert Johnson as ably as he can play six slow and subversive hours of cosmic sounds at Griessmühle’s celebrated Cocktail D’Amore in Berlin.

Melody always colours what Herrera does, and for that reason his sounds tread a fine line between proper listening music as well as stuff that works in a club. What’s more, his knack for roomy grooves and spacious sounds separates him from the crowd and means that whether he is making music for sleeping or music for dancing, there is always a common and coherent thread running through it.

Aside from all this, Herrera can also jam in the live arena and has done with the likes of Johnny Nash, had a long running and musically widescreen show on dublab – the not for profit radio station where he was creative director for years – and is starting his own label, P&D Records, with best mate and dublab host P Relief. Though he himself is never in a rush to go anywhere, then, the music of Suzanne Kraft always manages to transport you to somewhere else entirely.