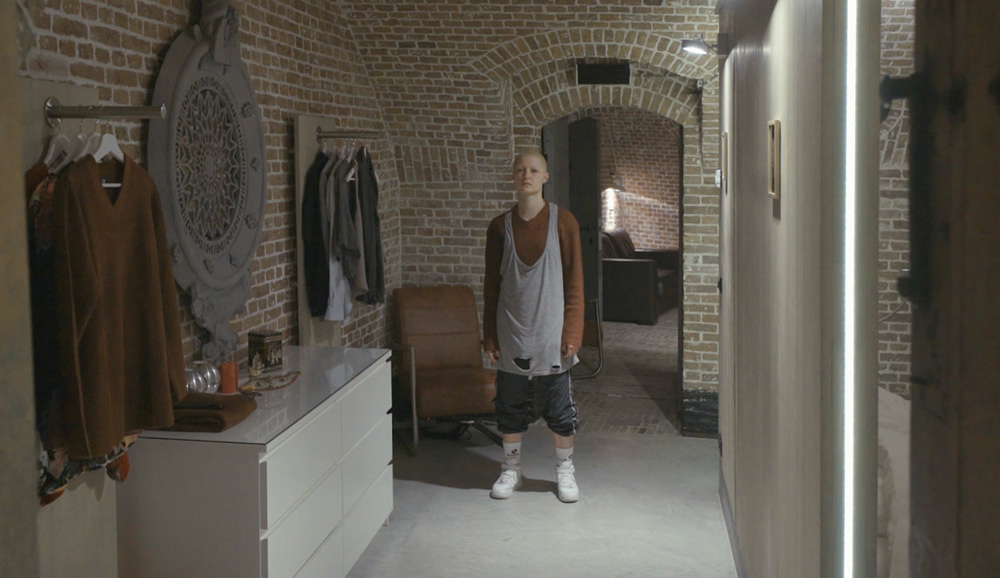 In this sprawling film work, a small sect has locked themselves inside a compound to shelter from an ambiguous attack happening outside. When a stranger arrives seeking refuge, the group’s prophecies begin to unfold.

This latest film by Riley Harmon forms the conceptual sequel to his work ‘A Method for Blue Logic’ (2014) in what will become known as the terror management trilogy. At TodaysArt, objects and episodes from the film are displayed alongside the organization of a live event based on the 1962 Ionesco play Exit the King which takes place at Atelier van Lieshout in Rotterdam (broadcast live to the Internet), and the newest film extracts in the series.

Riley Harmon weaves truth, fiction and magical realism into works and narratives that offer an uncanny distorted mirror to our reality. He often looks into the socio-psychological doctrine of ‘terror management theory’ questioning how symbolic actions intervene against, but also reinforce mortal terror.