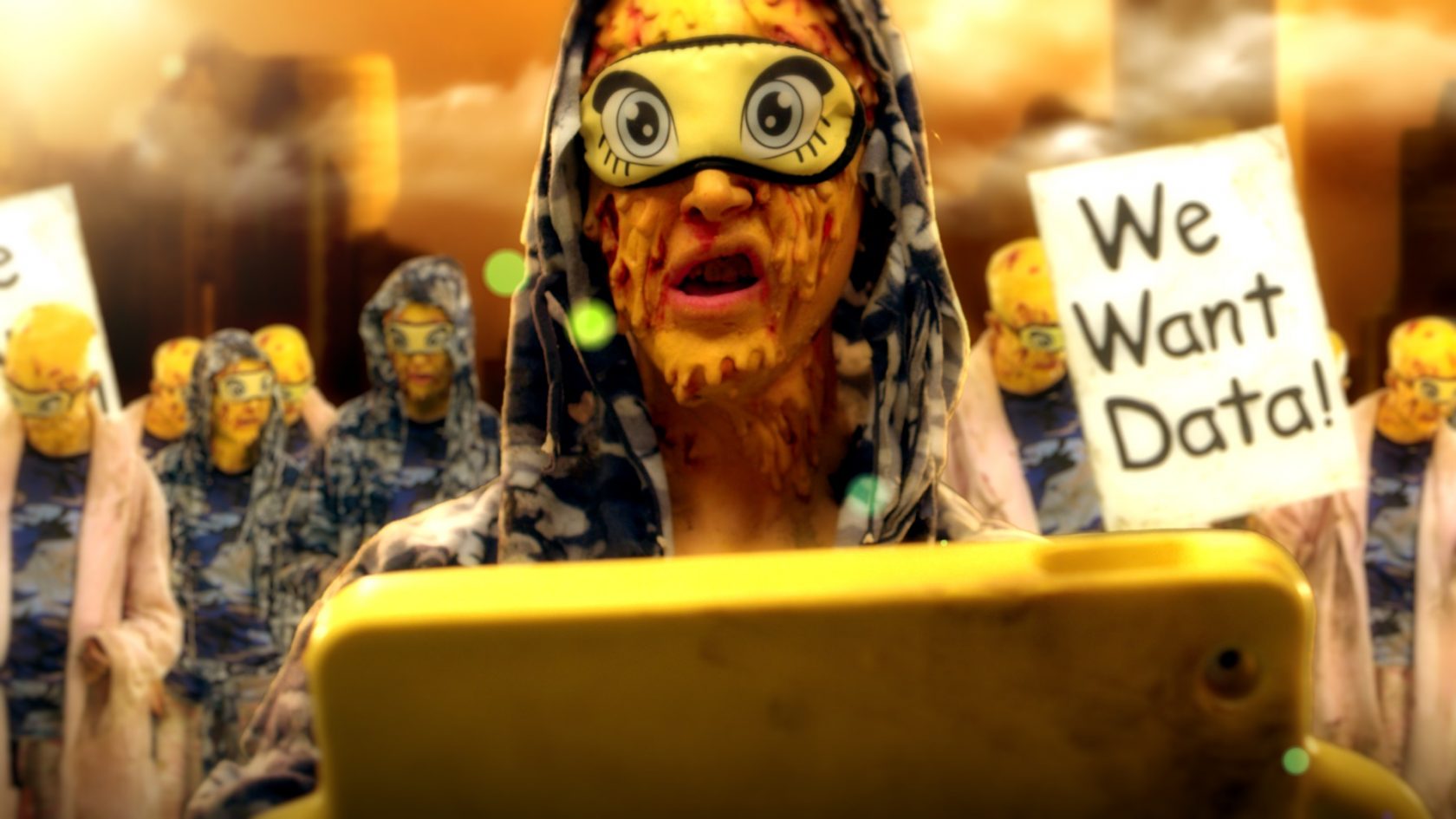 In a dystopian metropolis fuelled by fevered connectivity, a race of rodents beneath the decaying streets hack the sales messages of a Kardashian-type Demigod, more cyborg than human, a successor to Fritz Lang’s Maria, the Maschinenmensch to rule over the digimash-fed masses.

Part Baroque heaven, part post-apocalyptic nightmare, the grotesque, cartoonish figures in this film are seen to share in and compete for attention within a forever connected, corrupt, caffeine marinaded environment where power dynamics are repeatedly inverted and reconfigured.

Rachel MacLean is a Glasgow-based multi-media artist. Since graduating from Edinburgh College of Art in 2009, Rachel has exhibited across the UK and internationally.