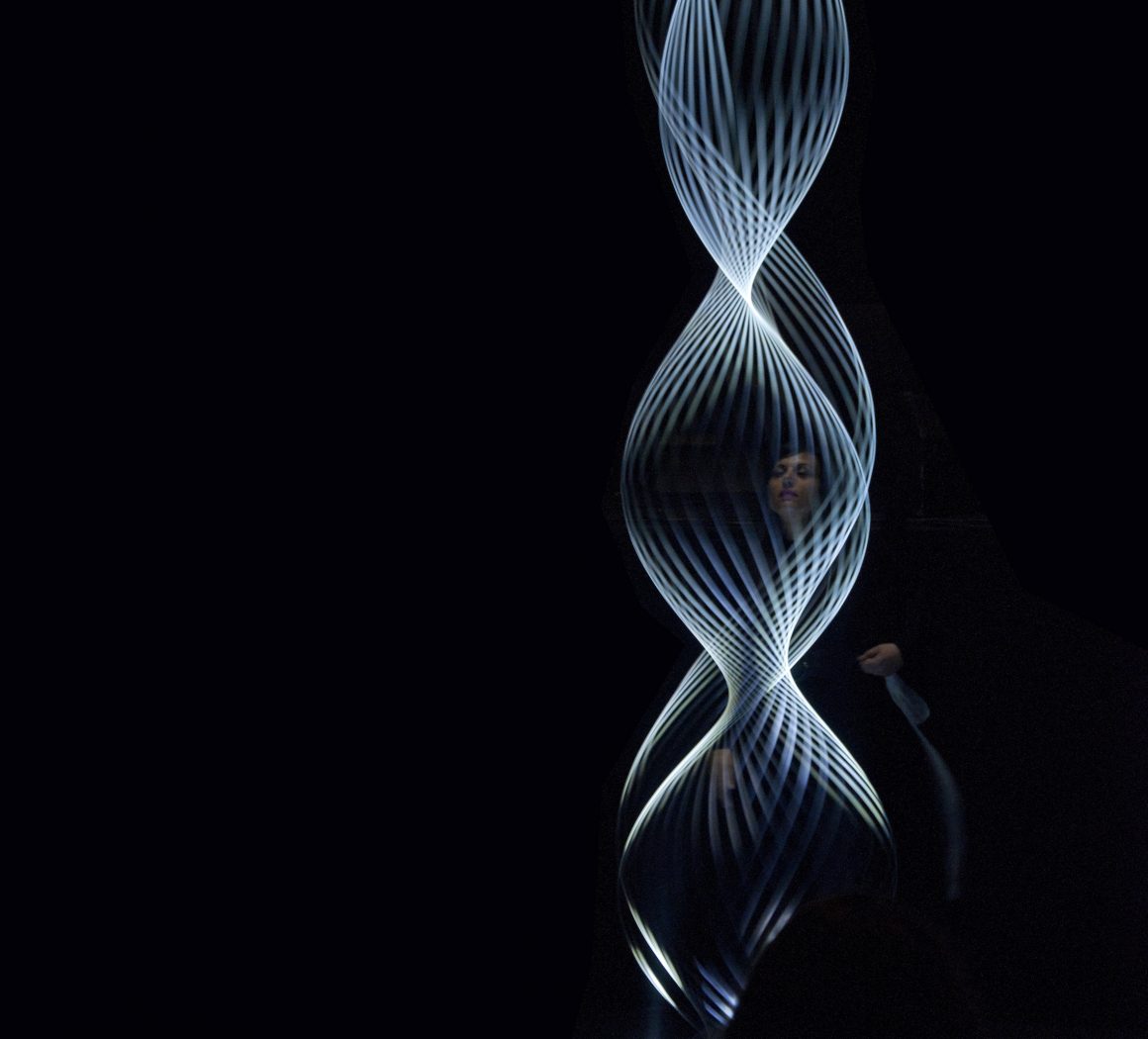 The spinning wave climbs and arcs towards the ceiling as minimal sounds harmonize with its flux, the performance is never the same way twice. Pelusio has traveled solo and collectively with ‘SpaceTime Helix’, reworking the project for unique spaces and contexts, sometimes times stretching the helix to 15 metres up to the ceiling.

With this work, Pelusio explores helical symmetries and infinity, frequencies and geometry, elementary particles and quantum physics. She describes her work as “a metaphor for the return to the root of things, and to the simplicity and the complexity of the macro- and microcosmos, the internal and external space, the architecture of the mind and the architecture of nature. A natural phenomenon which is almost a miracle right in front of your eyes.”