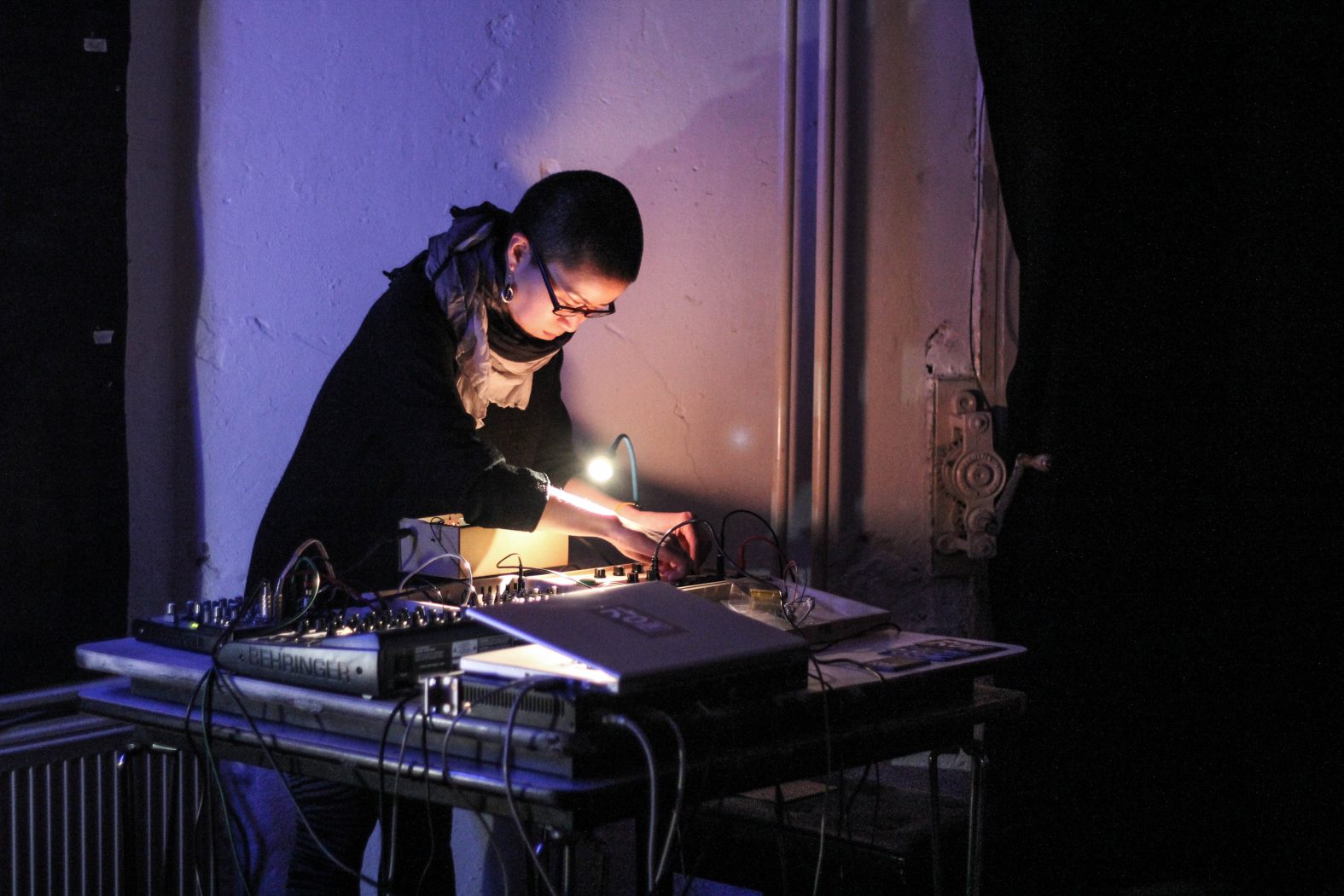 Ji Youn Kang (1977) is a composer and sound artist. She moved to the Netherlands in 2016 and achieved her master’s degree both in Sonology and in Composition at the Conservatory of Amsterdam.

Most of her music pieces have been composed based on the rites of Korean Shamanism, and many of them were written for Wave Field Synthesis System (192 loudspeakers) playback, exploring the relationship between musical and physical spaces. At the same time she has been composing live electronic pieces for both traditional and non-traditional instruments, ranging from a solo instrument to a large orchestra, exploring mostly the primitive, empowering rhythmical elements and the noisy sound sources that the Korean ritual music involves.

She is also active as a solo performer, mainly seeking for the ways to combine three different sound areas on stage; acoustic instruments, analog and digital sound with handmade analog synthesizers with live processing on laptop.

Currently she is working as a freelance composer, and is also one of the staff members in Institute of Sonology, giving a course on ‘Spatial music composition for WFS system.’ She is also one of the board members of Game of Life Foundation(WFS System) and Conlon Foundation (midified instruments).