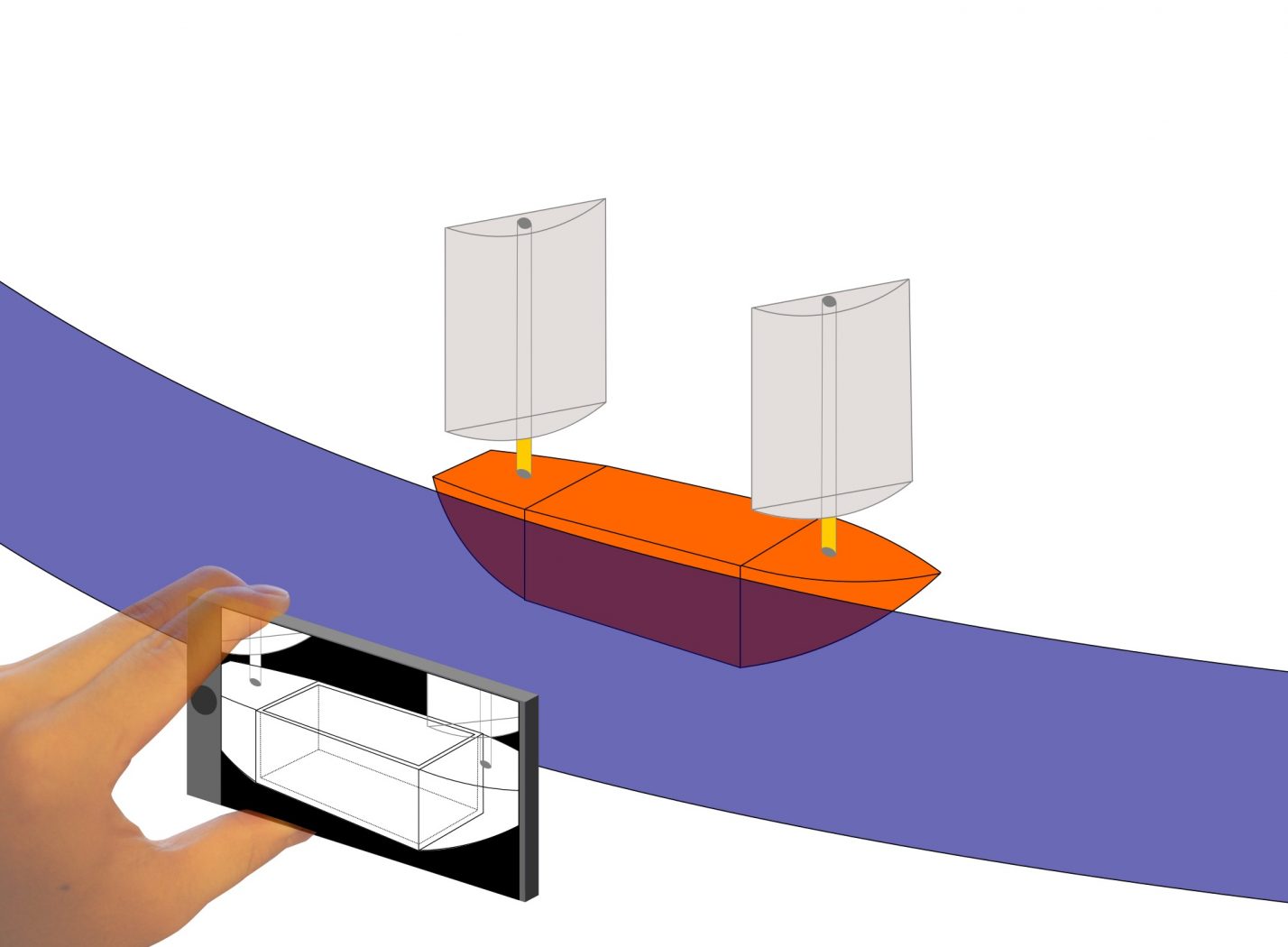 In the wake of environmental crises, nothing is certain anymore, except for the development of mobile technology and cheap sensors.

Physical Internet (PI) is a strange technical term describing a novel logistics system, streamlining the flow of materials by imitating the way data is seamlessly transferred over the Internet. Although PI is a scientific concept, it is based purely on an abstract image, allowing a gap for artistic intervention. Elon Musk’s Hyperloop is a good example of a PI object, but how can we be more practical, going beyond being “indisputably good at…issuing viral humanitarian pledges that never really materialize[?]”.

Single Container Transport is a future logistics concept by artist Yoshinari Nishiki that dissects a highly representative underlying infrastructure of modern civilisation, container shipping, which effectively moves 90% of all the manufactured goods across the globe. Single Container Transport is the idea of moving standard shipping containers one by one, instead of stacking them high up to more than 20.000 TEU (20ft containers) per vessel. These autonomous deep sea vessels are independent of traditional fuels, and only harnessing the wind and ocean currents, however fully utilising ever more accurate geolocation technology and cheap sensors. The concept raises questions on the future of shipping, autonomous vessels, sustainability, but as well as economic supply and demand models, having the potential to drastically alter the cultural landscapes shaped by the previous generation of shipping.

Nishiki has invited professor Lóránt Tavasszy, who explores the mode of storage in relation to the physical distances from the living environment, and PhD researcher Ali Haseltalab, who develops prototypes of an autonomous inland waterways vessel that carries one container ‘Delfia 1’ from TU Delft. Borre Rosema (Central Innovation District The Hague) will also join the panel discussion.

Yoshinari Nishiki is currently doing a residency at The Grey Space in the Middle. In addition to the panel discussion, there will be an intervention on Saturday the 22nd of September exploring research into zero-emission transportation by utilising so called “new delivery services” such as Deliveroo. The residency is supported by the Creative Industries Fund NL and the Central Innovation District The Hague.