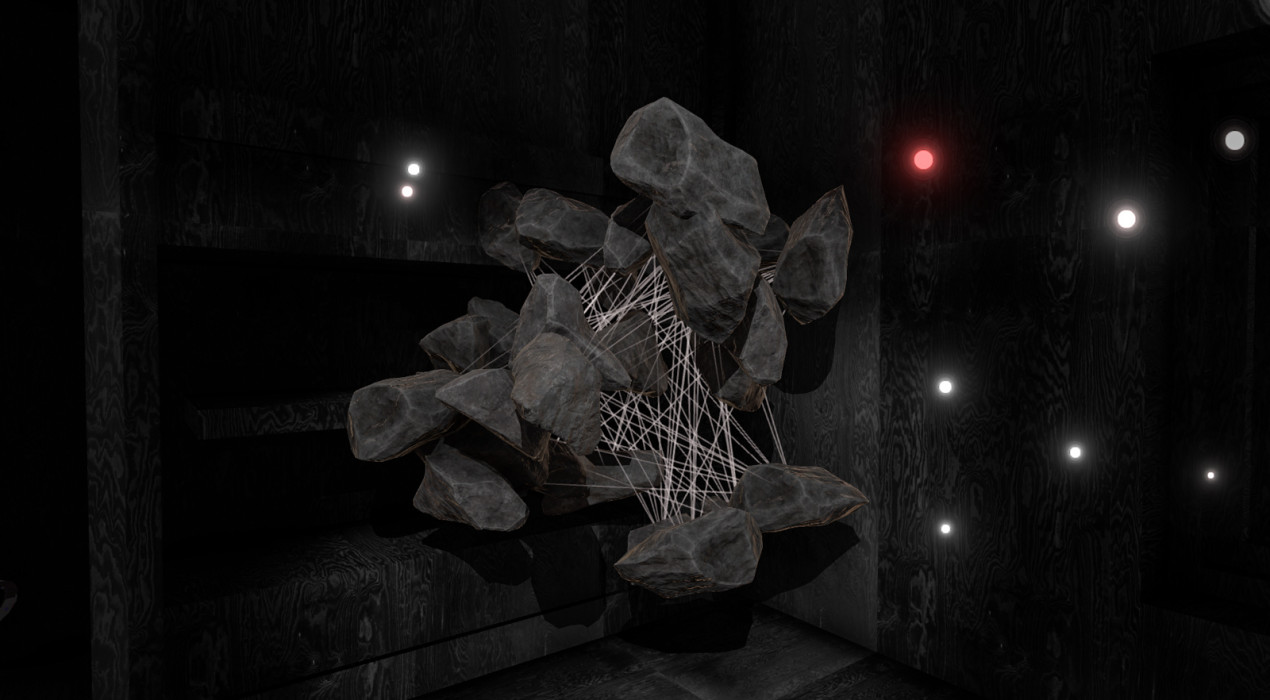 The Lacuna Shifts is a volatile room that changes around its guest. It shifts in scale and mutates its architectural features while revealing traces of poetic narratives.

Loosely inspired by Lewis Carroll’s Alice books, The Lacuna Shifts combines sound, text and imagery into an alternate surreality. Disembodied, the viewer’s gaze becomes the only instrument of connecting to this space – it leaves traces, activates and builds structures.

No spectator enters the same room twice, as each viewer will experience a different “journey”, manifesting different aspects based on her/his behaviour and the world’s own erratic character Similar to current walking-simulators and narrative-exploration-games, the virtual space becomes a mysteriously unpredictable parallel world in an area between deceiving spatial perception, acoustic hallucinations and hermetic wordplay.

DEPART is an artist duo consisting of Leonhard Lass and Gregor Ladenhauf. Their core endeavour is the conception of poetic, audiovisual immersions in the fields of interactive narratives, audiovisual performances and installations as well as experimental poetry. Deeply rooted in the digital, they explore the ritualistic character of algorithms and venture deliberately into the uncanny.

In the course of their “Digital Realities” Challenge, the Vienna Business Agency joined forces with the Viennese sound:frame agency and TodaysArt to look for new interdisciplinary and digital artworks with the aim of promoting different applications of immersive technologies such as virtual, augmented and mixed reality for creative work.

This project is also presented in the framework of We are Europe and Elevate Festival.