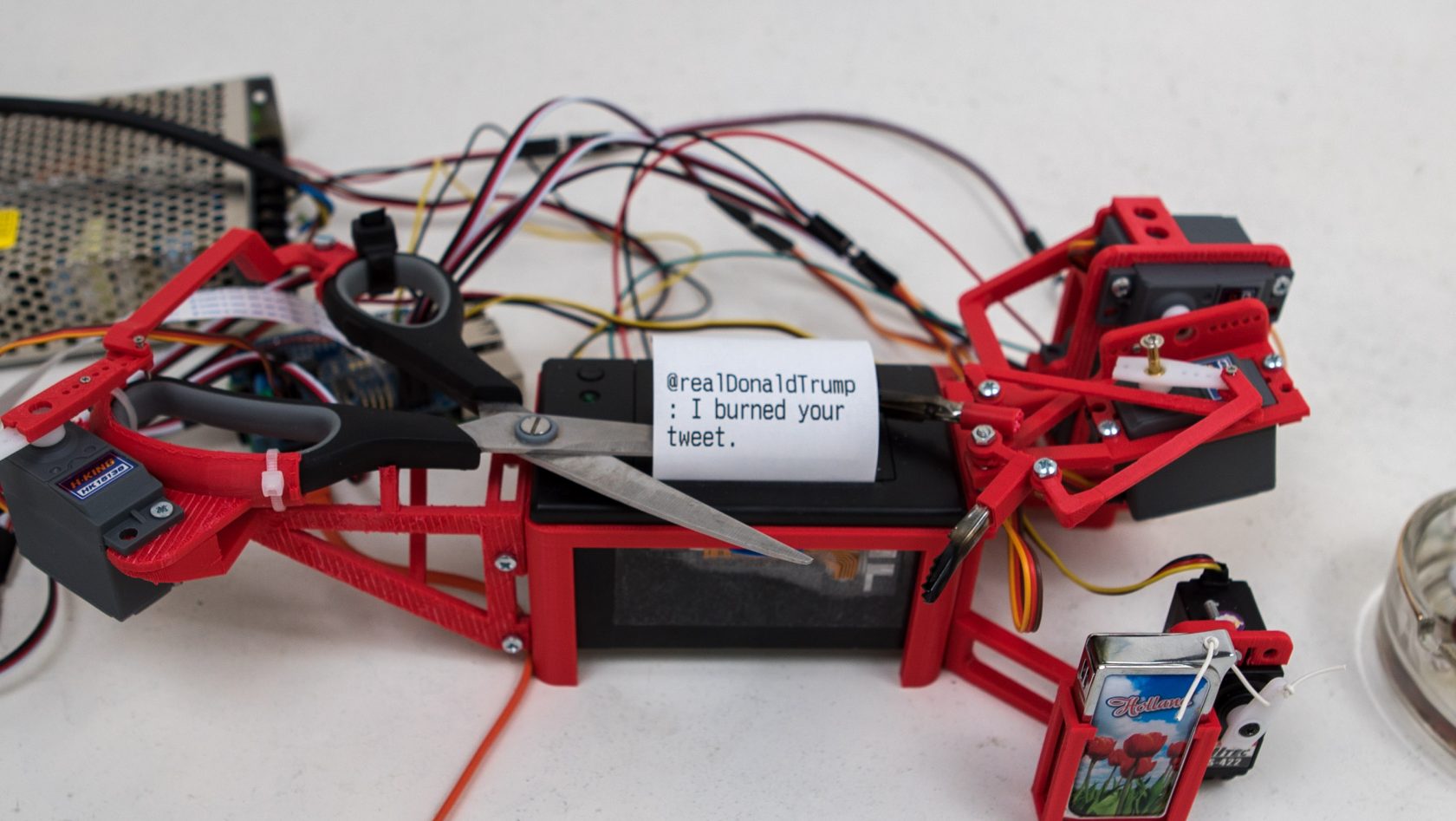 A robot is programmed to check Twitter every few seconds to see if Donald Trump has tweeted yet. When it finds a new one, it automatically sets it on fire, films itself, and retweets the video as a response to the original tweet.

According to the artist, the machine provides a way of delivering an appropriate response without requiring a human to “actually read anything that toxic.”

For the exhibition at TodaysArt, @burnedyourtweet will also be working through Trump’s extensive backlog of as-yet unburned tweets, picking a new one to burn and retweet every few minutes.

David Neevel is a physicist, copywriter, contraption builder and content creator based in Amsterdam. He once hosted a web series on MTV (other) called Practically Useful, in which he invented complicated ways to simplify daily tasks.