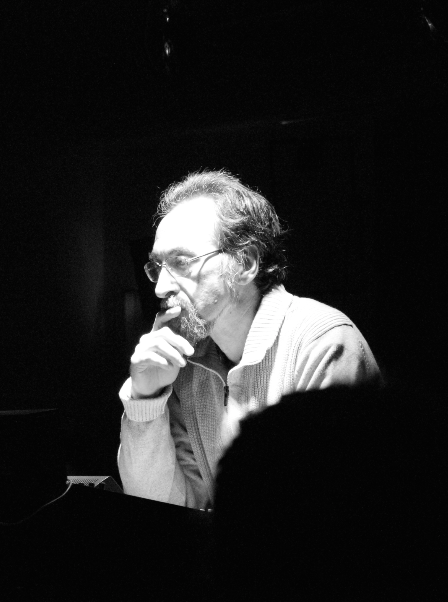 Babis Giannakopoulos was born in Athens in 1963. He studied Fine Arts at the University of Thessaloniki, where he obtained a Bachelor’s degree in 1990.

Giannakopoulos initially attended the Sonology Course in 2006-7 and obtained a Masters Degree in Sonology in 2011. Currently, he is a PhD candidate in Artistic research at Leiden University.

This performance is presented in collaboration with Azimuth, an organization for the production and performance of electroacoustic music in the Netherlands. It will take place in the Fulldome, an immersive 360-degree projection environment by The Society for Arts and Technology (SAT) of Montréal.