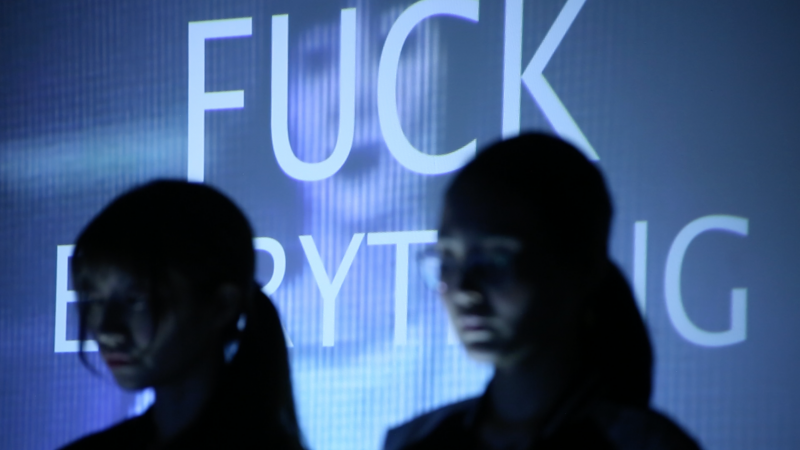 Takeshi Ikeda draws inspiration from experimental music and hardcore punk rock. Ikeda finds the two genres very structured and monotonous, boring even. He actually calls them “Boredom Music”. The artist explores new ways of making ‘boring’ compositions, since he considers it a significant quality of music, and life. For the recorded performance ‘Fuck Everything’ (2017), the artist started off with the idea that “the music is too boring to concentrate on and the music seems individualistic and distant”.

At TodaysArt you can also see the video ‘666 or more malignant songs which should be forgotten immediately after they’re played’, a hilarious take on hardcore punk music, which revolves around the sound of biting into tomatoes.