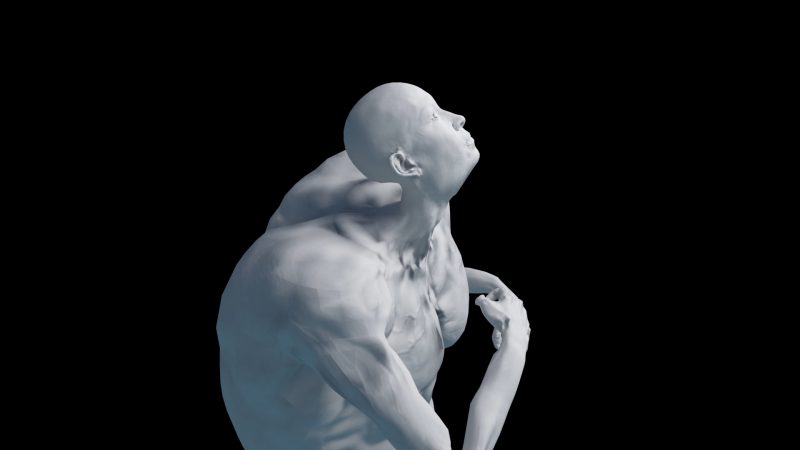 Simone C. Niquille is a Swiss designer and researcher living in the Netherlands. Her studio Technoflesh investigates the representation of identity without a body, the digitisation of biomass and the increasingly omnipresent optic gaze of everyday objects.

‘The Stranger’ is a commissioned installation on motion capture technology’s application in forensic investigation. Motion capture technology can record a person’s movement, via a set of coordinates into multiple data points mirroring the corporeal joints and spine. This recording can be used to create a 3D animated figure with corresponding joints, be it fictional, fantastical or humanoid. However, motion capture recordings completely disregard the surrounding environment, only capturing raw movement data. With ‘The Stranger’ Simone C. Niquille questions the power of the decontextualised image and raw data.

The gag reflex and other reactions towards complexity