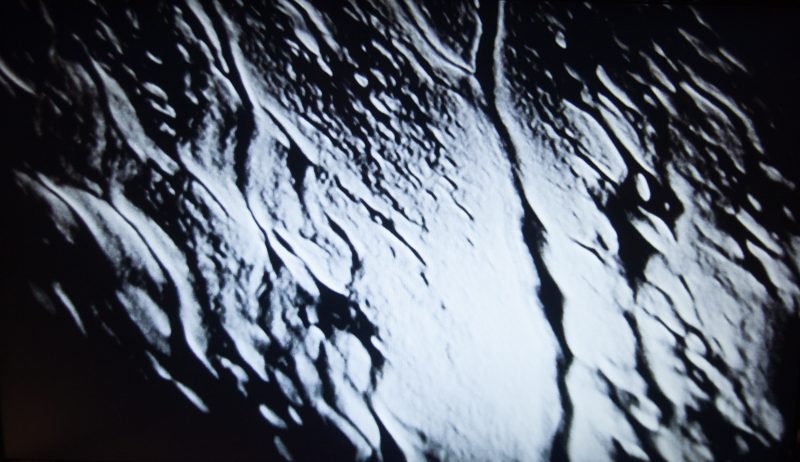 Mischa Daams’ work consists of experiential environments, performances and films. Daams approaches his works as ‘open systems’, out of which emergent characters unfold that take a life of their own and occupy space physically and virtually, exploring patterns of control and co-dependence between the biological, physical and technological systems that surround us everyday.

‘Origin: Sustained is Daams’ newest audio-visual expedition into the abstract, organic universe that results from a feedback loop between an LCD screen and a video camera. A machine that controls the camera creates a hypnotizing voyage of abstract patterns. This happens before the eyes of the audience, in real time. This evolutionary ‘copying process’, where one image feeds and mutates the next, demands for continuation. So in order to sustain this loop, Daams deployed a perception algorithm to look at and respond to the chaotic patterns that emerge. The machine is responsible for the unfolding and continuity of the light/life cycle, directly resulting in the film.

Origin: Sustained is commissioned by FIBER with the support of the Mondriaan Fund NL and Stroom Den Haag. The first automatic expedition ‘Origin:Cycle #1’ was realized as part of the Summer Sessions network in a co-production of Art Center Nabi and V2_ Lab for the Unstable Media, with support of the Creative Industries Fund NL.