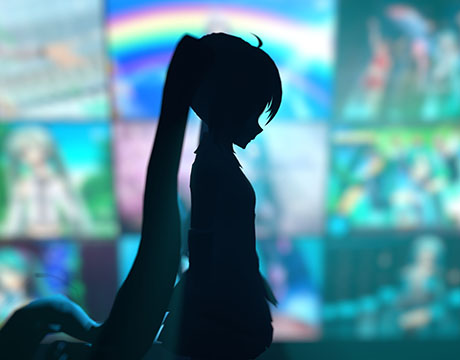 ‘Still be Here’ looks at the multiple constructed identities of vocal synthesiser turned cyber-celebrity Hatsune Miku, a ‘performing’ 3D hologram projection. Since her 2007 launch in Japan, Hatsune Miku became the ultimate pop star, a globally adored and collaboratively constructed cyber celebrity with a growing user community, countless stadium performances as a 3D hologram projection and more than 100.000 songs released worldwide. After the debut of ‘Still be Here’ last year at CTM festival, it is now coming to TodaysArt for its Dutch première.

Please keep in mind that this is a special performance authorised by Crypton Future Media, however it is not an official Hatsune Miku show.