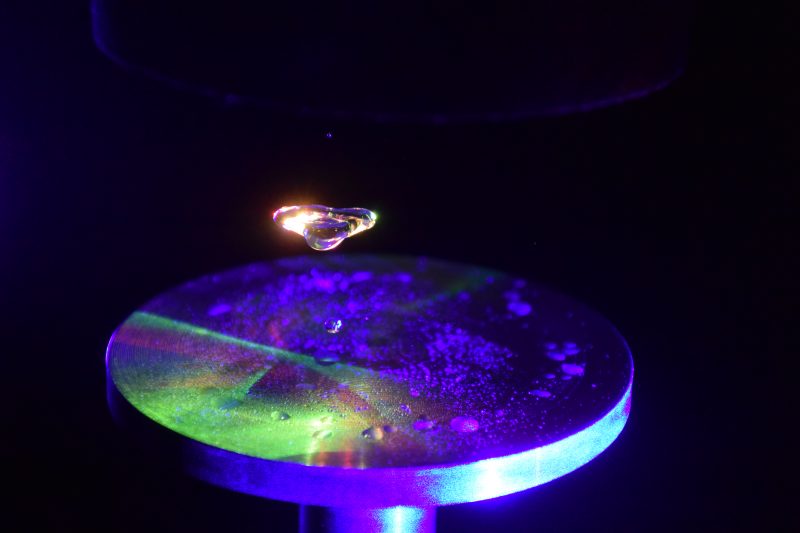 Working at the interface of art and science for over a decade, Amsterdam-based Evelina Domnitch + Dmitry Gelfand have developed their newest project, Force Field, together with computational artist Paul Prudence and acoustic physicist Alexander Miltsen.

Since the 1970s and 80s acoustic levitation techniques have primarily been applied by NASA and ESA to trap and navigate otherwise uncontrollable samples in microgravity. However, in the last two decades the same methods have also been used as a powerful means of containerless manipulation on Earth. Experiments have been performed in a vast spectrum of research areas, including fluid dynamics, analytical chemistry, atmospheric physics, molecular biology, and most recently tabletop astrophysics.

Force Field uses acoustic levitation to suspend water droplets that resonate and transform from spheroids into oscillating polygons as the sonic pressure increases. Unveiling the 3-dimensionality of sound and the elusive physicality of water, the droplets’ ever-changing dynamics comprise a live, immersive performance.