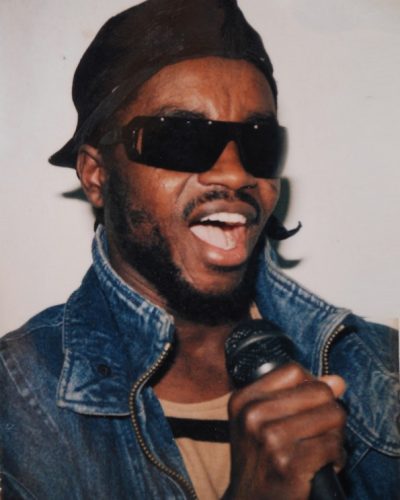 What happens when an artist from Ghana manages to blend his rap skills with funk, electronica and the lo-fi recording charm of early Chicago house music? Ata Kak. It took nearly 22 years for his work to be recognised; American musicologist Brian Shimkovitz stumbled upon Ata Kak’s ‘Obaa Sima’ cassette tape at a street stall in Cape Coast, describing the music as “leftfield madness”. Eight years later that tape became the stimulus for Shimkovitz to launch his famous Awesome Tapes from Africa blog. After more than a decade of searching Brian finally tracked down the singer and released the LP officially in March 2015. Since then Ata Kak has performed at some of the biggest festivals around the world.

Ata Kak is presented in co-curation with Reworks festival, as part of the We are Europe network (supported by the Creative Europe programme of the European Union).